“Although the risk of premature death in ASD is 2-fold higher than in persons without ASD, mortality is fortunately quite rare in youth and young adults, affecting only 0.3% of diagnosed persons with ASD in our cohort,” Professor Diana Schendel, PhD, of the Department of Public Health at Aarhus University in Denmark, told Neurology Advisor.

Professor Schendel and colleagues conducted a longitudinal cohort study to understand the impact of comorbid mental and neurological disorders on mortality in those with autism. Using data from the Danish Medical Birth Register, they analyzed children born in Denmark from 1980 until 2010. They used data from the Danish Psychiatric Central Research Register and the Danish National Patient Register to identify those with ASD and comorbid mental and neurological disorders. Out of 1 912 904 children, they identified 20 492 (1.1%) with ASD. Those with ASD were more likely to be male, have parents with a psychiatric diagnosis, have older parents, and a mental or neurological disorder.

In total, 68 people (0.3%) with ASD died during the study period, with most being male and diagnosed with ASD after 9 years of age. The median time from diagnosis to death was 5.5 years and median age at death was 19.0 years.

Compared to those with neurological or behavioral disorders without ASD, ASD occurring with these disorders did not significantly add to the mortality risk (aHR 0.7 and 0.8).

“It is important for care providers, persons with ASD, and their families to recognize the importance of neurologic, mental, and behavioral comorbidity in the risk of mortality and consider preventive measures, including the risk for suicide,” Professor Schendel said. 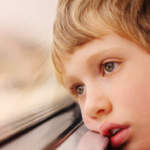