The assessment of insistence on sameness and anxiety behaviors among children with autism spectrum disorder (ASD) may aid understanding and serve as markers for future behavioral trajectories, according to research results published in The British Journal of Psychiatry.

Data were collected from the longitudinal inception cohort Pathways in ASD study (n=421). Children between 2 and 5 years of age were recruited from 5 community and academic sites across Canada within 5 months of ASD diagnosis. Children were assessed for anxiety and sameness (rigid, repetitive, and routinized patterns) behavior at 8 time points between 3 and 11 years of age. The assessments were in the form of a parental report using the Child Behavior Checklist (CBCL).

In a joint trajectory analysis, the most common profile among children (34.8%) was a combination of low-stable sameness with low-increasing anxiety. These children were categorized as low-risk. The children with this low-risk profile had higher adaptability, higher family income, and lower parenting stress than other groups.

The rest of the children (10.1%) were considered persistently anxious. Observed symptoms included moderate-increasing sameness behavior and persistently elevated anxiety. These children had parents with the highest level of stress and include a higher proportion of girls than other groups (27.9% vs <18% among all other profiles).

Study investigators noted several limitations of this research. The major limitation of this study was that it was solely based on parent perspectives; neither the teachers of the children nor the children themselves were asked for their opinions. Other limitations include the use of the statistical approach, assuming no variation between patients in trajectory groups, and the assignment of trajectory groups not absolutely reflecting individual symptom patterns.

The study authors concluded that rigid behavior and anxiety among children with ASD may aid in the understanding of current symptoms and allow parents and clinicians to anticipate future behavioral trajectories.

“Given the high and impairing rate of anxiety disorders in this population, prevention studies recruiting preschool-aged or early school-aged children are needed,” they concluded.

Disclosure: One author declared affiliations with the pharmaceutical industry. Please see the original reference for a full list of disclosures. 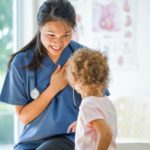