A link between autism and air pollution exposure during pregnancy has been suggested by scientists. The Harvard School of Public Health team said high levels of pollution had been linked to a doubling of autism in their study of 1,767 children.

They said tiny particulate matter, which can pass from the lungs to the bloodstream, may be to blame. Experts said pregnant women should minimize their exposure, although the link had still to be proven.

The study, published in Environmental Health Perspectives, investigated any possible link with autism. It analyzed 245 children with autism and 1,522 without. 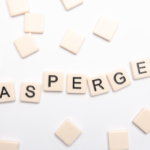