In late 2017, sexual harassment claims against celebrities and prominent government officials began to take over the headlines, resulting in numerous men in television and politics losing their jobs as the issues came to light. Psychiatry Advisor spoke with Simon A. Rego, PsyD, chief of psychology at Montefiore Medical Center and associate professor of psychiatry and behavioral sciences at Albert Einstein College of Medicine in New York City, about how these events are affecting the nation.

Psychiatry Advisor:  The public view of sexual harassment seems to be shifting to favor the victims, particularly women. Do you see any psychological trends that are occurring or predict any that are likely to occur?

Simon A. Rego, PsyD: While there are no data on this yet, we are certainly witnessing an increasing number of events, dating back from last year with the Time magazine “Person of the Year” cover,1 (which went to the “Silence Breakers” – victims of sexual harassment who spoke out). It will just take a while for data and trends to be assessed and analyzed. Anecdotally, however, with events like the Golden Globes and the Time Person of the Year issue, there certainly appears to be an increased acknowledgment of the prevalence and significance of the issue along with a rallying of support for the victims.  And while it may have started with the entertainment industry, it is also spreading into the food industry and other related industries. It is like a stone being dropped in the water: it started in one area, but now you can see the ripples are beginning to spread out and affect the culture more broadly.

Psychiatry Advisor: Are there likely to be far-reaching implications?

Dr Rego: I’d be speculating, but it certainly seems to have momentum at this point. The optimist in me would hope so, but the scientist in me says we have to wait and see. It appears to be gaining momentum and traction, but the challenge will be to keep it going.

Psychiatry Advisor: There has been a range of responses to claims of sexual harassment, and the claims themselves have varied. Responses have ranged from people feeling that either they are a scapegoat or they were misrepresented as aggressors when their actions were consensual. What do those responses reflect?

Dr Rego: These are common responses from people who are accused of inappropriate behaviors, be they of sexual or violent nature. The concept, called “minimization,” occurs when outright denial is not plausible because it is clear that something went on with the individual. As such, a common response from these individuals is to downplay the significance of their role or try to incorporate other factors that may mitigate their responsibility in the incident.

Psychiatry Advisor: This trend seems like it is going to touch the lives of everyone. Women are recalling times in their lives when they felt put down or oppressed. Is that a posttraumatic stress disorder (PTSD)-type response?

Dr Rego: As PTSD refers to a particular constellation of psychiatric symptoms, I might reframe it slightly to focus on one cluster of symptoms commonly experienced by people who have been traumatized, which involves “re-experiencing” the event. They might get triggered to recall memories of a past traumatic event or series of traumatic events based on current events (such as news broadcasts of similar traumas). In other words, seeing stories on the news could be a trigger for people to re-experience memories of similar events from their past.

Psychiatry Advisor: So there would be an expression of trauma associated with these memories.

Dr Rego: Yes, by definition, if someone has committed an unwanted act of aggression toward you, where you felt helpless, terrified, or horrified, that is enough to be a precursor for PTSD. But not everyone who experiences those events ends up with PTSD. A lot of people, fortunately, have a process of natural recovery that allows them to heal in the days and weeks after a traumatic event, although it doesn’t erase the memories and certainly doesn’t excuse the event.

Dr Rego: You should also look at the work of Patricia A. Resick, PhD, from Duke University. She studied PTSD in sexual assault survivors and created cognitive processing therapy more than 25 years ago; the original protocol was designed specifically for rape victims.

Psychiatry Advisor: In 1993, Gutek and Koss wrote in Occupational Medicine: “The responses of victims are influenced by the amount of support and understanding they receive from significant others and employers. The extent of emotional, physical, and psychological damage depends on the responsiveness of other people and the organization for which the woman works.”4 It appears there is a spectrum of reactions to sexual harassment and sexual assault that depends heavily on the degree and frequency of the events and the individual’s ability to cope.

Dr Rego: Definitely. We like to think of this ability to cope as one’s resiliency, a concept that encompasses a number of protective factors that include acceptance, hope, resourcefulness, etc, and that can be utilized to counterbalance vulnerabilities or risk factors.

Psychiatry Advisor: Where do you think the national discussion is headed? What are the main issues to be sorted out?

Dr Rego: I’d hope that it is going to cause a shift in the public mindset where, first of all, victims of these incidents are encouraged to report them and not be blamed when they do. Then, a shift is going to be required in the systems around these victims so that the focus will be on supporting them and validating them rather than minimizing the impact and reattributing the responsibility and blame from perpetrators onto them.

Psychiatry Advisor: Are there any steps the psychiatry community should undertake to support women and men who have issues with past or present sexual harassment?

Dr Rego: I think this comes down to how we address stigma in our communities. If we assume that these recent events are mere glimpses of the prevalence and the reach of these incidents, our challenge now becomes to determine how to get ahead of it and prevent future occurrences in our communities. One way may be by encouraging and supporting public discussions that empower women and men who are victims of sexual harassment, to have a forum where they can speak out without fear of their claims being minimized or judged, or being blamed for it.

It is a psychoeducational challenge for the mental health community to maintain our awareness of the importance and prevalence of this issue in this era of the ever-changing attention span of our society. We also need to do more work on creating an appropriate response system for when people do come forward with reports of sexual harassment.

Psychiatry Advisor: What therapies are most effective for victims to help them move past the trauma?

Dr Rego: If you look at expert consensus guidelines or evidence-based psychological treatments, the two most frequently recommended psychological interventions with the most robust evidence behind them for trauma are both forms of cognitive behavioral therapy: prolonged exposure therapy, created by Edna Foa, PhD, and cognitive processing therapy, as mentioned earlier, created by Dr Resick. The aim of these therapies is to help people process the traumatic event – emotionally and cognitively – and in so doing, to come to terms with what has happened to them so that the memories of the event are no longer scary and distorted. 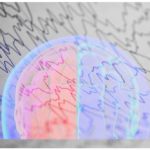