In adults with long-standing post-traumatic stress disorder (PTSD), propranolol administered before a brief memory reactivation session once weekly for 6 consecutive weeks reduced PTSD symptoms, according to the results of a study published in the American Journal of Psychiatry.

In this randomized controlled trial, 60 adults with PTSD for at least 6 consecutive months and a score of >44 on the PTSD Checklist-Specific were randomly assigned to receive reactivation therapy with propranolol or placebo weekly over 6 consecutive weeks. Participants received either propranolol or placebo 90 minutes prior to a brief memory reactivation session. PTSD symptoms were evaluated with the Clinician-Administered PTSD Scale and PTSD Checklist-Specific 1-week before and after treatment.

After adjustment for pretreatment values, mean reductions in Clinician-Administered PTSD Scale scores from baseline were significantly greater in the propranolol group compared with the placebo group (estimated between-group difference 11.50; P =.034). In an intention-to-treat analysis, the Clinician-Administered PTSD Scale improvements were 38% in the propranolol group and 24% in the placebo group.

The results for PTSD Checklist-Specific scores were similar. The mean reductions in PTSD Checklist-Specific scores from baseline were significantly greater in the propranolol group compared with the placebo group (estimated between-group difference 16.30; P =.037). In the intent-to-treat analysis, there was a 56% reduction in the propranolol group and a 15% reduction in the placebo group.

”The effect sizes obtained for pre-reactivation propranolol in our study compare well to those obtained with the best evidence-based treatment for PTSD, namely, cognitive-behavioral therapy, as well as those obtained with the most recommended pharmacological treatment for PTSD, namely, SSRIs [selective serotonin reuptake inhibitors],” the researchers wrote. “Should these results be replicated in further studies, propranolol blockade of reconsolidation may become a new therapy for some patients with PTSD.” 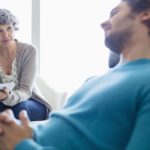