Posttraumatic stress disorder (PTSD) symptoms may be associated with higher levels of acute pain and pain interference in low-income inner city women, according to a study published in the Clinical Journal of Pain.

A total of 341 participants (58.0% black, 21.9% Hispanic/Latina; mean age, 28.61 years) who presented to an inner city emergency department with an acute pain complaint were included in the study.

An interview was conducted at baseline to assess study participants’ psychosocial functioning, mood, pain levels, and interference, as well as the presence of current or prior PTSD symptoms (evaluated using the 20-item PTSD Checklist for DSM-5).

Resilience factors, including social support, optimism, and engagement, were assessed using the 10-item scale based on Weiss’ theory of social provisions, the Life Orientation Test-Revised, and an 8-item adapted version of the Work-Engagement scale, respectively. Vulnerability factors, including resource loss, depressive symptoms, and social undermining, were assessed with the 11-item adapted version of the COR-Evaluation, the PROMIS-4 Short-Form Depression scale, and the Social Undermining Scale, respectively.

Study limitations include its cross-sectional design, which prevents establishment of causality.

“Our findings support [the Conservation of Resources] theory as a promising theoretical framework from which to explore the overlap between PTSD and pain, and suggest that resource loss may be a critical component to evaluate in pain-related processes,” concluded the study authors. 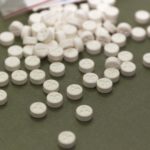