Both high- and low-frequency repetitive transcranial magnetic stimulation  (rTMS) are effective in reducing core cluster and associated symptoms of posttraumatic stress disorder (PTSD), according to a review by investigators from multiple institutions in Sichuan, China, published in the Journal of Psychiatric Research.1

The 3 main cluster symptoms of PTSD include re-experiencing, avoidance, and hyperarousal, and many patients also experience the associated symptoms of depression and anxiety. The novel technology of rTMS allows the noninvasive modulation of cortical and subcortical brain excitability that produces these symptoms via repeated alterations of the coil’s magnetic field. The area of the brain affected is determined by the frequency used.

The efficacy of active rTMS for PTSD has been demonstrated, but the effect of different frequencies had not previously been evaluated. The study investigators  undertook a meta-analysis and systematic review that included data from 9 literature databases and other sources that yielded 11 relevant studies5-15 that included rTMS findings in 377 participants (217 on active therapy, 160 on sham-treatment) from the date of the creation of each database to August 1, 2016.

The investigators found it problematic that both HF and LF rTMS treatments would demonstrate similar effects in reducing total PTSD scores, as previous studies have shown that cortical excitability associated with different PTSD symptoms is increased by HF stimulation and reduced by LF stimulation.16-19 “By more carefully studying the DSM-IV and now its fifth edition (DSM-V), we may generate some new ideas to explain this problem,” they wrote.

The 3 symptom clusters of PTSD from the DSM-IV have been redefined in the DSM-V and now include re-experiencing, avoidance, negative cognition and mood, and hyperarousal, which, the researchers suggested, “might be caused by different pathological mechanisms.” Sorting through the existing evidence using changing criteria posed obvious problems that would be resolved by continued study of both HF and LF rTMS treatments, both alone and comparatively, they concluded. 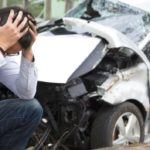