War veterans suffering from both post-traumatic stress disorder (PTSD) and mild traumatic brain injury (mTBI) have poorer cognitive and psychological outcomes than veterans with only one of the conditions, according to new research published in the Journal of Neurotrauma.

The findings also suggest that mTBI alone may lead to ongoing, mild cognitive challenges for some patients.

Previous research has found that 12 to 16% of all veterans involved in the Iraqi conflict experienced mTBI and about 13 to 17% of veterans developed PTSD. One-third of all veterans with a TBI also suffer from PTSD. 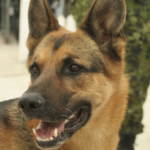