Sleep therapeutics may be an effective treatment of psychological stress immediately following a traumatic event. These results were published in Scientific Reports.

The single prolonged stressor exposures and fear extinction recall impairments that these rats were exposed to have been linked to post traumatic stress disorder (PTSD)-like severity among animals. To test whether interventions may repair the sleep alterations after exposure to stress, the animals were ontogenetically stimulated. Rats with a tone only presentation during the recall phase of the experiment had a 33% reduction of freezing behavior compared with control rats.

These results were limited by not assessing the down-stream effects of the physiological mechanisms which caused these changes in sleep patterns and require additional study.

These data indicated that an increase of sleep following a traumatic event was sufficient to rescue the trauma-related memory defects associated with fear. Although future studies are needed to relate PTSD with sleep, therapeutics which increase sleep may be a potential tool for the treatment of PTSD. 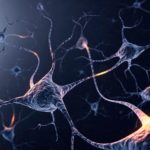