Catherine L. Tegeler, from Wake Forest School of Medicine in Winston-Salem, N.C., and colleagues reported clinical, autonomic, and functional effects after HIRREM use for symptoms of military-related PTS in 18 service members or recent veterans. Participants underwent 19.5 sessions over 12 days. Before (Visit 1 [V1]); immediately after (V2); and at one, three, and six months (V3, V4, and V5) after intervention completion, inventories for symptoms of PTS, insomnia, depression, and anxiety were collected.

The researchers found that there were clinically relevant, significant reductions in all symptom scores at V2, which were durable through V5. Significant improvements were seen in multiple measures of heart rate variability (HRV) and baroreflex sensitivity (BRS), as well as reaction testing. There were also trends toward improved grip strength and decreases in C-reactive protein, angiotensin II to angiotensin 1-7 ratio, and interleukin-10. There was no change in DNA n-methylation. No dropouts or adverse events were reported.

“This study is the first to report increased HRV or BRS after the use of an intervention for service members or veterans with PTS,” the authors write. “Ongoing investigations are strongly warranted.” 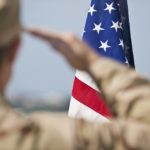 Supported Employment vs Transitional Work in Veterans With PTSD