Researchers at the Veterans Affairs San Diego Healthcare System and University of California, San Diego School of Medicine, with colleagues in New York and the United Kingdom, have identified genetic markers, derived from blood samples that are linked to post-traumatic stress disorder (PTSD). The markers are associated with gene networks that regulate innate immune function and interferon signaling.

The findings, published in the March 10 issue of the journal Molecular Psychiatry, offer novel insights into the pathophysiology of PTSD. In clinical terms, researchers say they could lead to new ways to not just improve diagnosis and treatment of persons with the mental health condition, but predict who might be more susceptible. 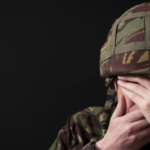