A new computational tool has been developed by researchers that can identify 800 different ways a person can be at risk from developing post-traumatic stress disorder (PTSD).

The results of the study, published in BMC Psychiatry, could allow for a personalized post-traumatic stress disorder (PTSD) prediction guide for the first time.

Prior to the study, clinicians have been able to calculate the average risk of PTSD for large groups of survivors. These computational methods have previously been found to be insufficient for calculating individual risk, however. 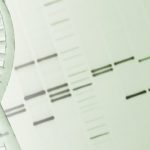 Biomarkers That May Predict PTSD Found