Study data published in the Journal of Neuropsychiatry and Clinical Neurosciences outline the neural underpinnings of response to cognitive behavioral therapy (CBT) for posttraumatic stress disorder (PTSD). In an imaging study that characterized the brain’s response to trauma-related stimuli, patients with greater benefit from CBT displayed higher activation of the rostral dorsomedial prefrontal cortex (rdmPFC). Patients who had responded less to CBT had lower activation in response to the same stimuli, suggesting that the neural processes associated with self-reflection may potentiate response to CBT.

Trauma-focused CBT is an important component of PTSD therapy, though its efficacy varies from individual to individual. Prior studies have hypothesized that patient-level differences in neural activation may partially drive this variability in CBT effectiveness. To characterize these differences, the investigators conducted a study of patients who were scheduled to receive trauma-focused CBT at hospitals in New York.

Scans were obtained while participants completed an emotional word task, which comprised of reading 48 negative or anxiety-provoking words, 48 neutral words, and 48 positive words. Blood-oxygenation-level-dependent signal was measured during exposure to each word.

CBT response was measured using the Clinician Administered PTSD Scale (CAPS) with greater change from baseline score indicating a treatment response. Multiple regression was used to assess the relationship between CBT efficacy and differential response to trauma-related and neutral stimuli.

Limitations to this study include the small sample size and the fixed-effects analysis, which may limit the generalizability of the findings beyond the particular group studied. Also, as this study included only female participants with PTSD symptoms related to sexual or physical assault, it is unclear whether these findings will generalize to men or to PTSD related to other types of trauma.

In this study of patients about to undergo CBT for PTSD, the rdmPFC was activated in response to trauma-related words, though not neutral words. Activation of this region was more pronounced in CBT responders compared to patients with less symptom improvement. Investigators hypothesized that rdmPFC activation in response to trauma-related stimuli may reflect a greater inclination for self-reflection, and thus a greater capacity to benefit from CBT. However, given the small study cohort, data may not be generalizable to the larger population with PTSD. Further analysis of a larger group with various forms of trauma is necessary to better parse out the relationship between rdmPFC activation and CBT response. 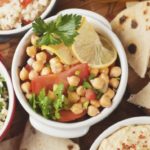