Anxiety in postmenopausal women negatively affects quality of life (QoL), according to research published in Menopause.1

Edward Mezones-Holguin, MD, from the Universidad Peruana de Ciencias Aplicadas, Lima, Peru, and the Collaborative Group for Research of the Climacteric in Latin America (REDLINC), and colleagues conducted a secondary analysis of a multicenter cross-sectional study of 3503 postmenopausal women from 11 countries in Latin America.

The participants included women between 40 and 59 years of age who had not menstruated for more than 12 months or who had undergone a bilateral oophorectomy. Those with preexisting psychiatric illness, stroke sequelae, malignancy, and kidney disease were excluded from the study.


Researchers used the Spanish-language version of the Goldberg Anxiety and Depression Scale, consisting of 2 subscales (1 for depression and 1 for anxiety). Anxiety was defined as having 5 or more positive responses, including 2 items from the questionnaire’s screening section. To determine participants’ QoL, investigators used the Spanish-language Menopause Rating Scale, which assesses 11 menopausal symptoms across 3 subscales.

According to results of the questionnaires, 49.1% of the participants were depressed, and 61.9% had anxiety; 13.7% displayed severe QoL impairment, as defined by a total Menopause Rating Scale score of 17 or higher.

“There is a need to conduct longitudinal studies to determine the causality of this association and the benefit of early detection of anxiety in this group of women,” Dr Mezones-Holguin and colleagues concluded.

In an accompanying press release,2 JoAnn V. Pinkerton, MD, NCMP, executive director of the North American Menopause Society, added: “Although anxiety is a common symptom during menopause, panic attacks are not. This study documents the importance of screening patients for anxiety.” 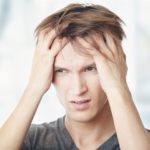