Trichotillomania (TTM), also called hair-pulling disorder, is “characterized by repetitive hair pulling, leading to noticeable hair loss and functional impairment.”1 Approximately 4% of the population is affected by TTM.2 It is seven times more prevalent in children as in adults, with the majority of cases occurring between ages 4 and 17 years.3 However, the prevalence of TTM is likely greater, as many individuals do not seek help for the condition. Of those who seek treatment, 88% to 94% are female.4

Medical complications of TTM include skin irritations at the hair-pulling site, infections, and repetitive-use hand injuries.5 A subset of patients ingest hairs after pulling them, risking dental problems and serious gastrointestinal complications caused by trichobezoars (hairballs).6 TTM can cause significant distress and impairment in emotional and social domains due to shame and social avoidance.7

TTM takes several different forms. Patients sometimes use their fingers to pull hairs, while others use tweezers. Scalp, eyebrows, and eyelashes are the most common areas for hair pulling, but some patients also pull hair from the legs, armpits, and pubic region.7 Some play with the hair that they have pulled, and approximately 10% to 30% of individuals with TTM ingest the hair.7

TTM is not a newly identified condition. Hippocrates recommended that physicians should ascertain whether a person “plucks his hair.”1 In 1889, the French dermatologist Francois Hallopeau coined the term “trichotillomania” (“hair pulling insanity”) when describing a patient who pulled out all of his body hair.1 The condition was formally incorporated in the revised third edition of the Diagnostic and Statistical Manual (DSM-III-R).10 It was also included in DSM-IV, which emphasized the patient’s tension when attempting to resist the urge to pull.11  In the DSM-5,12 TTM is categorized under obsessive-compulsive and related disorders. Diagnositic criteria can be found in Table 1.

Obsessive-compulsive disorder (OCD) is a common misdiagnosis for TTM. Although TTM and OCD often coexist and aggregate in the same family, there are notable differences, which are listed in Table 2, together with other psychiatric differential diagnoses.  Some dermatologic and medical conditions present with symptoms of repeated hair pulling and bald spots, so before diagnosing TTM, a dermatologic evaluation is often warranted.7 Helpful assessment tools include the Trichotillomania Diagnostic Interview (TDI) and the National Institute of Mental Health Trichotillomania Questionnaire.6,13

Fluoxetine, naltrexone, clomipramine, and olanzapine have been investigated for treating symptoms of TTM, but studies have been limited by small sample sizes. Double-blind trials with long-term follow-up are needed to assess these and other potentially beneficial pharmacological treatments.1

The glutamate modulator N-acetylcysteine has shown promising results in treating TTM, with a favorable safety profile.14,15 Although it is available in health food stores, it is not currently approved by the US Food and Drug Administration.

“People with this disorder pull their hair for many different reasons,” Douglas Woods, PhD, Professor of Psychology at the University of Wisconsin, Milwaukee, told Psychiatry Advisor.

Some people are motivated by habit. “They are not even aware that they are pulling,” according to Dr. Woods. “It is so automatic that they do not realize it until they see a pile of hair around them.”

For others, pulling relieves certain sensations, such as sensations on the scalp, according to Dr. Woods. “Some use pulling to regulate emotions if they are upset, tense, have a bad day, or are bored. They use it as a way to fill time or calm down.” Therefore, at the outset of therapy, “we identify what function hair pulling serves and choose a therapy that addresses the purpose in that particular individual.”

Cognitive behavioral approaches have demonstrated effectiveness in reducing hair-pulling symptoms in TTM, according to Dr. Woods. Approximately 50% to 60% of individuals with TTM derive clinically meaningful benefits from interventions that involve habit reversal training, used in conjunction with stimulus control intervention.7

“Habit reversal training teaches patients to be more aware when they are engaging in the behavior and offers a competing response: a specific action to do when they notice pulling is about to begin,” Dr. Woods explained.

Stimulus control involves “trying to change the environment so that pulling is more difficult to do or produces a different feeling, since we believe the style of pulling is reinforced in a tactile sense,” he said. For example, in high-risk situations, patients can put petroleum jelly on their fingertips so they cannot grab their eyelashes, or a patient might give the tweezer to someone else to make it less readily available.

Individuals with TTM have difficulty regulating their internal emotions. Dialectical behavior therapy and acceptance and commitment therapy (ACT) use mindfulness and other techniques to help patients increase emotional regulation skills and “not react to thoughts or emotions as if they are real things to deal with,” Dr. Woods stated. “We teach them that they do not have to be completely free of negative emotions in order to go through life successfully.” Dr. Woods further explained that these therapies are often used in conjunction with each other.

Psychotherapies used to treat TTM are listed in Table 3.

Organizations such as the Trichotillomania Learning Center (http://www.trich.org) have provided important education and have helped bring patients together so they realize they are not alone. “Meeting others with the same condition gives patients the opportunity to ‘come out of the closet,’ which often begins the process of change,” said Dr. Woods. 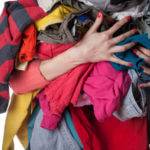