Ability in certain cognitive domains might be useful in distinguishing generalized anxiety disorder from obsessive-compulsive disorder in children, according to the findings of a study in Depression and Anxiety.

It is not always easy to differentiate between anxiety disorders in children, especially when 2 disorders share a number of characteristics, such as rumination, increased vigilance, and intolerance of uncertainty. A study was therefore conducted to compare participants who had already received clear diagnoses of either disorder with each other, as well as with controls, in order to identify cognitive differences between both groups.

In future research, the researchers suggested the use of parent- and self-report forms, neuroimaging, and other types of assessments measuring the same cognitive skills examined in their study. 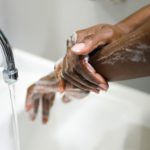