A meta-analysis of task-related functional imaging results published in JAMA Psychiatry suggest that multiple psychiatric disorders share a set of abnormal neural phenotypes in brain regions associated with inhibitory control and salience processing. The researchers grounded their analysis in the paradigm of the Research Domain Criteria as proposed by the National Institute of Mental Health.

Prior research demonstrated that diagnostic differences in neural profiles were driven by region-of-interest analyses, which receded when only whole-brain analyses were considered.2 Thus, region-of-interest analyses were excluded. In the study, coordinates of case-control differences (hyperactivation or hypoactivation) from whole-brain analyses were coded by diagnosis and cognitive domain. Activation Likelihood Estimation was used to test whether differences across studies converged into discrete transdiagnostic clusters, and statistically significant clusters were identified with a cluster-level family-wise error-corrected threshold of P <.05.

A total of 226 articles were reviewed, comprising data from 4507 patients and 4755 healthy controls. No statistical differences were observed in the number of experiments per diagnosis.

Three transdiagnostic clusters of hypoactivation were observed in patients compared with controls: right inferior prefrontal cortex/insula, right inferior parietal lobule, and right putamen. An association of diagnosis was observed for the putamen (P =.03), with hypoactivation more likely in bipolar disorder (percentage contribution, 72.17%) than other conditions. Although not statistically significant, processes related to cognitive systems made the greatest contribution (>29%) to each cluster.

Clusters of hyperactivation could only be detected using uncorrected voxel-level thresholding, which is less stringent than the original threshold. Hyperactivation was observed in the perigenual/dorsal anterior cingulate cortex, the left amygdala/parahippocampal gyrus, and the left thalamus. No differences in hyperactivation were observed across diagnostic categories. Although not significant, tests associated with negative valence systems contributed most (>49%) to these clusters.

The clusters identified in this study suggest that anxiety and mood disorders may share disruptions in the areas of the brain associated with inhibitory- and salience-related processing. However, results may not be generalizable to pediatric or geriatric populations, given that studies of interest included only adults. In addition, patient medication status may have attenuated case-control differences observed, and studies that failed to find case-control differences were not considered.

The investigators wrote, “These shared brain phenotypes have the potential to serve as targets for interventions aiming to improve clinical outcomes and reduce or prevent affective morbidity in the general population.” 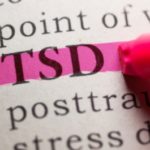