Can OCD Symptom Alleviation in the Early Postpartum Period Be Predicted? - Psychiatry Advisor

Women with obsessive compulsive disorder (OCD) who exhibited a decrease in symptoms following a previous childbirth may experience symptom alleviation in the next postpartum period, according to study data published in the Journal of Affective Disorders.

Women with OCD who delivered their babies at the Obstetric Inpatient Clinic of a University Hospital in Konya, Turkey, were eligible for inclusion. Participants were approached for first psychiatric evaluation within the first day after delivery. Follow-up assessments were conducted between 6 and 8 weeks after delivery. Patients were administered the Yale-Brown Obsessive-Compulsive Scale (Y-BOCS) to capture OCD symptoms and severity. Coping strategies and levels of social support among participants were also assessed, along with a temperament evaluation using the Temperament Evaluation of Memphis, Pisa, Paris, and San Diego Autoquestionnaire. Logistic regression was performed to identify factors associated with treatment response, defined as at least a 35% reduction in Y-BOCS score between assessments.

The final cohort comprised 27 participants of mean (standard deviation [SD]) age 27.54 (6.28) years. The average (SD) number of children was 2.03 (0.76). Mean (SD) illness duration was 50.11 (39.82) months, and 21.6% (n=8) of women with OCD had a comorbid depressive or anxiety disorder. The mean (SD) scores on the Y-BOCS-obsession, Y-BOCS-compulsion, and Y-BOCS-total at the first evaluation were 12.95 (1.71), 12.01 (2.34) and 24.95 (3.77), respectively. At second evaluation, performed at a mean postpartum week of 6.59±0.83, these same scores were 9.41 (4.01), 8.49 (4.81), and 17.89 (8.69). The differences between scores at baseline and follow-up were significant (P =.000 for all). Treatment response was achieved in 16 (43.2%) patients at 6 to 8 weeks postnatally. Patients who reported a decrease in symptom severity following a previous childbirth were much more likely to experience a decrease in symptom severity for the present birth compared with those who did not (86.7% vs 16.7%; P =.000). Additionally, among the subscale scores of Temperament Evaluation of Memphis, Pisa, Paris, and San Diego Autoquestionnaire, “hyperthymic” was significantly greater in the decreased group compared with the non-decreased group (P =.004). Logistic regression showed that a decrease in symptom severity during the previous postpartum period (P =.001) and the existence of hyperthymic affective temperament (P =.033) were independent predictors of symptom severity decrease.

The study was limited by its size. Its scope was limited to one university-affiliated hospital, and OCD symptomology was retrospectively self-reported.

“Further studies also should examine the impacts of other factors such as stressful life events, functional impairment and detailed individual history of the disorder (eg, treatment response and hospitalization) on course of OCD during this period,” researchers concluded.

Anxiety Obsessive-Compulsive and Related Disorders Postpartum
Next post in Anxiety 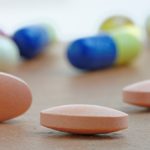 Anxiety, Depression in Asthma-COPD Overlap May Be Tempered by Statins