Of 187 children included across both study groups, 48 (25.7%) met the diagnostic criteria for SADHD. Severe TBI (hazard ratio [HR] 3.62; 95% CI, 1.59-8.26) was associated with increased risk for SADHD developing compared with the orthopedic injury group. The main-effects model developed by researchers showed that the complicated mild TBI and moderate TBI groups did not differ significantly in SADHD risk from the orthopedic injury group.

Across the spectrum of TBI severity, the risk for SADHD was increased and most strongly associated with severe TBI. SADHD developed within the first 18 months of injury in most children with severe TBI, and researchers emphasized the importance of continued monitoring post-TBI. Additionally, the association between family dysfunction and risk for SADHD may indicate a particular need for survey of family functioning. Researchers noted that patient-reported data are susceptible to reporting bias, and that their SADHD cutoff may have excluded patients displaying ADHD-adjacent behavior, thus limiting data generalizability. For future studies, scientists suggested the inclusion of a wider range of injury severity and a more in-depth assessment of environmental and genetic factors to better understand post-injury risk for SADHD developing in adolescents and children. 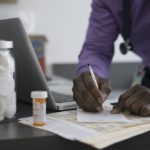 Characterizing Patterns of Methylphenidate Abuse in Pediatric and Adult Populations