Investigators used data from 13,532 twin pairs who participated in the Child and Adolescent Twin Study, a prospective, longitudinal study targeting twins born in Sweden since 1992. Parents provided ADHD data when participating children were 9 or 12 years of age. At ages 15 and 18 years, parents completed additional questionnaires to measure hypomanic symptoms and ADHD traits. Generalized estimating equations were used to detect associations between ADHD and adolescent hypomanic symptoms. Multivariate twin models were used to investigate the impact of environmental and genetic traits on ADHD and hypomanic symptoms.

Of 13,532 twin pairs initially enrolled at 9 or 12 years of age, 3784 were followed up at age 15 years and 3013 followed up at age 18 years or older. After adjustment for sex and birth year, symptoms of ADHD were significantly associated with hypomania at ages 15 and 18 years (both P <.001). The association was particularly pronounced in the hyperactivity-impulsivity ADHD symptom domain compared with the inattention domain. The best-fitting twin model incorporated genetic, common environmental, and non-shared environmental risk factors, and had sibling interaction paths for ADHD. Per this model, shared genetic risk factors for ADHD at any age were associated with 21% to 22% of the variance in hypomania at age 15 years and 13% to 29% at age 18 years. Hypomania-specific genetic factors accounted for 25% to 42% of variance in adolescent hypomania. The genetic overlap with hypomania was larger with hyperactivity-impulsivity, with a range of 10% to 25% vs inattention (6% to 16%).

As a study limitation, investigators noted that several features of ADHD may overlap with hypomania; these features may inflate reported ADHD-hypomania associations. Even so, the overlap between ADHD and hypomania risk factors warrants further research. 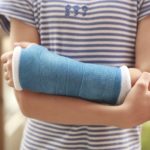