Risks for different childhood- and adult-onset psychiatric and neurodevelopmental disorders are elevated among the siblings of probands diagnosed with attention-deficit/hyperactivity disorder (ADHD), according to the results of a Finnish study published in Psychological Medicine.

Elina Jokiranta-Olkoniemi of the Department of Child Psychiatry at the University of Turku and Turku University Hospital in Turku, Finland, and colleagues used national registers to identify children born in Finland between 1991 and 2005 who were diagnosed with ADHD from 1995 to 2011. They matched each case child with 4 controls on sex and place and date of birth. The full siblings of the case children and controls were born from 1981 to 2007 and diagnosed from 1981 to 2013. The analyses included 7369 case children with 12,565 siblings and 23,181 control children with 42,753 siblings. The investigators used generalized estimating equations.

The authors note that these findings suggest familial aggregation of ADHD and other psychiatric disorders. They call for further research of the greater family-level burden of psychiatric and neurodevelopmental disorders among girls and women with ADHD. They also suggest that these results may be used to improve early identification of at-risk siblings based on a proband diagnosis of ADHD, and they argue for more studies on common etiologies. 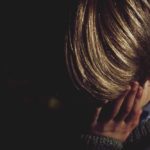