Between 2001 and May 2018, the researchers recorded 2 minutes of resting-state EEG of 66 adult patients with ADHD (31 women, aged 34.1±11.4 years) and 66 control individuals (41 women, aged 36.5±12.4 years) in the Netherlands. A total of 40 individuals with ADHD had mixed subtype, 23 had “inattentive” subtype, and 3 had “hyperactive” subtype. The ADHD Rating Scale was selected as the best standardized clinical questionnaire to reflect current symptoms of ADHD.

In a separate dataset, researchers obtained 3 minutes of resting-state EEG recordings of 22 patients with ADHD (12 women, aged 32.3±9.2 years) and 22 healthy control individuals (14 women, aged 31.1±7.3 years) at Geneva University Hospitals. This cohort completed the Adult ADHD Self-Report Scale. Diagnosis was based on the ADHD Child Evaluation for Adults (ACE+), the Structured Clinical Interview for DSM-IV Axis II Personality Disorders, and the Diagnostic Interview for Genetic Studies. A total of 16 individuals with ADHD had mixed subtype, 5 had “inattentive” subtype, and 1 patient had “hyperactive” subtype.

The investigators utilized Koenig’s Microstate toolbox for EEGLAB to estimate a microstate map for each dataset and a k=5 global dominant map for the 2 datasets.

Utilizing the second dataset as an out-of-sample validation, the researchers replicated the effect size and statistical significance deviations of map D between the individuals with ADHD and control individuals.

Limitations of the study included the inability to establish causation and possible differences in diagnosing ADHD.

“The combined signature of lower microstate A coverage and increased microstate D duration in our study would imply that ADHD could be characterized as a condition of ‘hyper-vigilance,’ consistent with its behavioral symptoms of physical and emotional hyperactivity,” the researchers said. 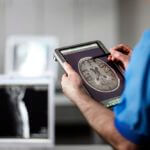 Structural Brain MRI Measures Compared for Youth With, Without ADHD