Methylphenidate (MPH) use in boys with attention-deficit/hyperactivity disorder (ADHD) appears to be associated with low body mass index (BMI), according to data published in BMC Psychiatry. However, this effect appeared to change based on age bracket and/or duration of MPH use. No evidence was found to confirm the association of MPH with short stature or changes in blood pressure.

Researchers concluded that the relationship between ADHD, MPH use, and growth appears complex, given that a consistent effect could not be observed across all ADHD conditions. Analyses of cardiovascular outcomes following MPH use were also inconclusive, emphasizing the need for further research. Clinicians may find these cross-sectional results useful in titrating MPH treatment in pre- and post-pubertal boys with ADHD. 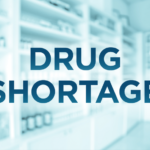 Certain Lots of Quillivant XR May Potentially Have Quality/Efficacy Issues