Study data published in Neuropsychopharmacology suggest an increased risk for diseases of the basal ganglia and cerebellum in patients with attention-deficit/hyperactivity disorder (ADHD).

Investigators conducted a retrospective cohort study using statewide medical records from the Utah Population Database for 1996-2016. Patients with a diagnosis of ADHD or other hyperactivity disorders (n=31,769) were age- and sex-matched 1:5 with control patients with no history of ADHD diagnosis (n=158,790). Study participants had no prior diagnoses of basal ganglia or cerebellum (BG&C) disorders, nor any prior history of substance abuse. A Cox proportional hazards model was employed to estimate the risk for BG&C disorders in patients with ADHD. The model adjusted for several covariates, including self-reported race/ethnicity, psychotic comorbidities, and tobacco use.

Patients with ADHD had a 2.4-fold increased risk for BG&C diseases (95% CI, 2.0-3.0; P <.0001) compared with control patients. In the ADHD group, patients prescribed stimulant medications (n=4960) had a significantly increased risk for BG&C disorders (adjusted hazard ratio [aHR], 6.0; 95% CI, 3.9-9.1; P <.0001) compared with no stimulant use (aHR, 1.8; 95% CI, 1.4-2.3; P <.0001). Further, when compared with control patients, patients with ADHD treated with psychostimulants had an 8.6-fold increased risk for BG&C disorders (95% CI, 4.8-15.6; P <.0001). Researchers postulated that the association between psychostimulant use and BG&C diseases may be a result of a more severe ADHD phenotype, rather than a direct pharmacological effect. Notably, a corollary analysis indicated that patients with ADHD had a higher risk for Parkinson disease compared with control patients (aHR, 2.6; 95% CI, 1.8-3.7; P <.0001). The use of stimulant medications appeared to intensify this effect, although the confidence interval for this analysis overlapped with patients without known stimulant treatment.

Researchers noted that although this study included covariate data on tobacco use and psychotic disorders, additional confounders including head trauma, brain injuries, and environmental toxins were not accounted for. Additional research into the effect of these confounders on the relationship between ADHD and BG&C disorders is warranted. Still, these data suggest that patients with ADHD may require careful monitoring to permit early detection and treatment of BG&C disorders. 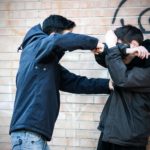