Researchers from King’s College London, United Kingdom, conducted a randomized controlled trial to investigate the efficacy, patient acceptability, and feasibility of formulation-based CBT for adults with ADHD. The investigators randomly assigned 60 participants to receive usual treatment alone or up to 16 sessions of formulation-based CBT in addition to usual treatment.

The researchers note several limitations, including a high number of participants in the usual treatment group who were lost to follow-up. The study also did not control for therapist time and attention, and the authors note that the findings may not be generalizable to other groups.

“As predicted, when added to [usual treatment], CBT had significantly greater success in reducing both ADHD symptoms and improving occupational and social functioning than [usual treatment] alone, and the sizes of these effects were large,” the authors concluded. Future studies should assess the intervention in a larger sample with a broader range of patients and therapists. 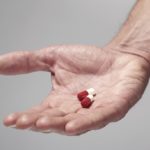 ADHD Risk in Offspring of Fathers Taking SSRIs Before, At Conception