Cost-Effectiveness of Atomoxetine for Treating Children with ADHD - Psychiatry Advisor

The investigators of a study published in Current Medical Research and Opinion compared annual healthcare costs among children prescribed either atomoxetine or extended-release guanfacine, 2 non-stimulants that have been used to treat attention-deficit/hyperactivity disorder. The findings suggested that patients who initiated atomoxetine monotherapy incurred lower all-cause healthcare costs in a single year by $3086, on average.

The investigators identified 13,239 children aged 6 to 17 through the Truven Health MarketScan® Commercial Database and Multi-State Medicaid Database. Patients had started therapy with either atomoxetine or extended-release guanfacine for the first time in 2010 and had received at least 2 attention-deficit/hyperactivity disorder diagnoses in the year prior to index.

The average total cost of health care for those starting atomoxetine therapy in 2010 was $7553, below the average $10,639 incurred by those beginning extended-release guanfacine therapy. The authors attributed this to differences in pharmacy costs and frequency of prescription fills. Additionally, children prescribed atomoxetine had fewer medical visits over the 12 months, attention-deficit/hyperactivity disorder-related or otherwise.

Medical costs for children with attention-deficit/hyperactivity disorder have consistently been higher than for those without the disorder, in part because of the frequency of comorbid conditions such as depression, anxiety, and substance abuse. The authors noted that although this study did not examine the specific mechanisms or efficacy of each medication, information about the cost of care may be useful for doctors and patients alike.

Limitations of the study included its observational nature. Medications were not necessarily taken as prescribed, and indirect costs of attention-deficit/hyperactivity disorder, such as lost wages for caregivers, were not among the data analyzed.

Disclosure: This study was funded by Eli Lilly and Company, Indianapolis, Indiana. 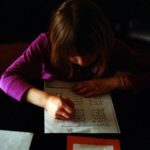 No Evidence of Cognitive Impairment With Lisdexamfetamine Dimesylate in ADHD