Although many children are considered inattentive, hyperactive, or impulsive, children with attention-deficit/ hyperactivity disorder (ADHD) are at a greater disadvantage, potentially due to an inability to differentiate decisions that will provide better rewards. A recent study published in SAGE Open has found that a computer game used to exercise concentration can lead to significant improvements in the behavior and social interactions among children with ADHD in China.

The research team tracked the brainwaves of five elementary school students in China using software synced with a wireless headband that adjusts the level of difficulty and scoring while targeting and training each child’s attention control, working memory, and impulse-control. Parents were asked to rate their child based on problems with hyperactivity, inattention, and acceptance among peers and teachers. 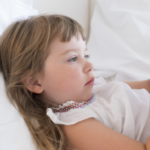 Smart Technology Devices Can Aid Kids With ADHD and Autism