New research reveals that high school students with attention-deficit/hyperactivity disorder (ADHD) are using an unexpectedly high rate of services for their age group, yet many low achievers with ADHD are not getting the academic supports they need.

Scientists from the University of North Carolina’s Frank Porter Graham Child Development Institute and several other universities published the findings in School Mental Health after examining data for a large national sample of high school students with ADHD. 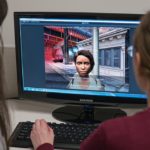