According to an analysis of Population and Multi-Generation Registers, adults with attention-deficit hyperactivity disorder (ADHD) often present with comorbid physical conditions, highlighting the importance of evaluating adults with ADHD for comorbid conditions. These findings were published in The Lancet Psychiatry.

Data from full-sibling and maternal half-sibling pairs born in Sweden between 1932 and 1995 (N=4,789,799) were included in this study. Diagnoses were obtained from the Swedish National Patient Register.

After adjusting for birth year and gender, ADHD was associated with all physical conditions except rheumatoid arthritis (all P <.007). The conditions that were most strongly associated included alcohol-related liver disease (odds ratio [OR], 4.70), sleep disorders (OR, 4.62), chronic obstructive pulmonary disease (COPD; OR, 3.24), epilepsy (OR, 2.99), fatty liver disease (OR, 2.94), and obesity (OR, 2.67).

Researchers using a quantitative genetic analysis of the association between ADHD and disorders of the nervous system found that genetic factors explained 28% and shared environment 13% of the correlation. For respiratory, musculoskeletal, and metabolic disorders, the genetic components explained 60% to 69% of the correlations.

These findings suggest that adults with ADHD were more likely than their full- or maternal half-sibling counterparts to have coexisting conditions, emphasizing the importance of evaluating individuals with ADHD for comorbidities. Additional study is needed to assess the biological mechanism linking ADHD with the respiratory, musculoskeletal, and metabolic systems.

Disclosure: Some authors declared affiliations with biotech, pharmaceutical, and/or device companies. Please see the original reference for a full list of authors’ disclosures. 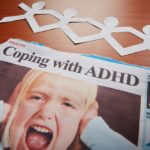