New research, published in the Journal of Neuropsychiatry and Clinical Neurosciences, examined the use of three-dimensional brain imaging as a tool for diagnosing attention-deficit/hyperactivity disorder (ADHD) in place of typical two-dimensional scans. The researchers retrospectively analyzed the diagnosis of 427 patients, and compared the sensitivity for predicting ADHD. Their sensitivity rating was calculated based on the confidence interval of physicians regarding their “sureness” of the diagnosis, and the specificity of the brain scans. 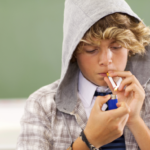 ADHD and Conduct Disorder Tied to Increased Alcohol, Tobacco Use