HealthDay News — There were more than 87,000 drug overdose deaths in the United States from October 2019 to September 2020, the highest of any one-year period since the nation’s opioid crisis began in the 1990s, preliminary government data show.

The death toll was 29 percent higher than in the previous 12-month period and the increase was largely driven by illicitly manufactured fentanyl and other synthetic opioids, with stimulant drugs such as methamphetamine also playing a role, the U.S. Centers for Disease Control and Prevention reported. Whites in rural and suburban areas accounted for many of the deaths in the early years of the U.S. opioid epidemic, but the latest data show Blacks being affected disproportionately.

“The highest increase in mortality from opioids, predominantly driven by fentanyl, is now among Black Americans,” Nora Volkow, M.D., director of the National Institute on Drug Abuse, said at an addiction conference last week, The New York Times reported. “And when you look at mortality from methamphetamine, it’s chilling to realize that the risk of dying from methamphetamine overdose is 12-fold higher among American Indians and Alaskan Natives than other groups.” Volkow added that more deaths than ever involved drug combinations, typically of fentanyl or heroin with stimulants.

Overdose deaths fell slightly in 2018 for the first time in decades, but started to climb again the months before the COVID-19 pandemic and had the highest spike in April and May 2020. In the early months of the pandemic, many addiction treatment centers shut down, at least temporarily, and services were reduced at many drop-in centers that offer support, clean syringes, and the overdose-reversal medication naloxone. In many cases, those services have not been fully restored. Also, the drug overdose crisis has received less attention and resources as the country struggles with the COVID-19 pandemic, The Times said. 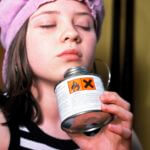 Inhalant Use Among Teens a Growing Problem