Use of electronic nicotine delivery systems (ENDS), including e-cigarettes, was not associated with an increase or decrease in cigarette smoking frequency or intensity among ever-smoking young adults in a 1-year period, researchers found in a cohort study recently published in JAMA Network Open.

The researchers examined data from 3 waves (2013 to 2014, 2014 to 2015, and 2015 to 2016) from the Population Assessment of Tobacco and Health (PATH) Study, an ongoing longitudinal cohort study of adults and youth. The adults self-reported their use of tobacco and associated health behaviors.

The sample included 1096 young adults (609 women and 487 men with a mean age of 21.4 years (standard deviation (SD): 1.9 years), 584 of the participants had completed at least some college). Of the sample, 214 adults were previous 30-day marijuana users, and 161 were previous 30-day daily tobacco smokers. None of the participants at wave 1 had ever used ENDS, the researchers said.

The researchers used propensity score matching (PSM) to create a sample matched on wave 1 risk factors for ENDS use at wave 2. Linear regression analyses were performed to estimate different levels of ENDS exposure at wave 2 and change in cigarette smoking frequency (number of days that included smoking consumption in the past 30 days) and intensity (mean number of cigarettes consumed per day on those days) from wave 2 to wave 3 were the outcome variables.

The researchers found that increases in previous 30-day smoking frequency and smoking intensity were not associated with ENDS use at wave 2. There was a higher increase in estimate for individuals who used ENDS for at least 6 days in the previous 30 days than among those who never used ENDS, but it was not statistically significant.

“Using rigorous methods to match wave 1 never ENDS users on baseline ENDS use risk factors, new ENDS use at wave 2 was not associated with cigarette smoking frequency or intensity a year later at wave 3,” the researchers said.

The researchers said that the “moderate” sample size for the analyses may have been a factor for their null findings.

“A post hoc examination of the minimum detectable effect size given our sample indicated that we had the power to observe a difference of 2.3 days in change in smoking frequency and of 42.2 in change in total cigarettes smoked in a month (intensity) between the exposed and unexposed groups,” they said. “Although post hoc analyses confirmed that our analyses were adequately powered for all but 1 of the main comparisons, we did not have a large sample of new previous 30-day ENDS users between wave 1 and wave 2, which limited our ability to compare, for example, daily previous 30-day ENDS users with nondaily users.”

The study authors also said that different definitions of ENDS use or cigarette smoking could have yielded different outcomes.

Limitations of the study included PSM’s possible overestimation of the certainty of findings and typical requirement of a large sample size to balance the baseline covariates. Hidden bias may have influenced estimates, especially in the smaller samples of 1 to 5 days and 6 to more days in the previous 30-day e-cigarette users, the researchers said. 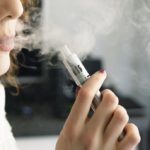