Recreational use of inhalants such as computer dusters and spray cleaners is a growing problem among teens according to a recent case report published in Emerging Trends in Drugs, Addictions, and Health.

Toxic chemicals found in nail polish, spray paint, glue, and computer dusters create an immediate “high.” When used repeatedly, they also cause central nervous system damage, irregular heartbeat, hypoxia, and other issues. A 2014 study that examined the problem attributed 30 of 54 deaths caused by volatile substance abuse to difluoroethane, a gas used in products that blow dust from computers and keyboards.

The researchers estimate about 1.2 million people aged 12 and older have used inhalants. They’re legal and easy to purchase, making them an attractive alternative to illegal drugs for adolescents and vulnerable populations.

The case report describes a 14-year-old girl with a history of binge-drinking who had inhaled chemicals from computer cleaners over the previous month and a half. She did this once or twice a week for the euphoria, relaxation feelings, and vivid dreams. Side effects reported included persistent headaches that lasted more than 24 hours. With therapy, the girl eventually stopped inhaling and binge drinking. She remained drug-free 2 years later.

“A multidisciplinary approach involving clinicians, psychologists and local social services, among others health care and social science professionals, is needed in order to prevent and mitigate the health risks associated with the spread of such a hazardous trend,” the authors stated.

“Very little is also known about potential psychotherapeutic and psychopharmacologic forms of treatment, and the current lack of guidelines may prevent clinicians to promptly address and treat such a condition. We hope our case report will encourage further discussion and debate about the suffering and the dysfunctional coping of adolescents in a changing scenario where drug consumption assumes always new and hazardous behaviors.” 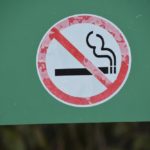