According to a study published in the American Journal of Psychiatry, approximately 95% of adolescents and young adults who screened positive for late-onset attention-deficit/hyperactivity disorder (ADHD) based on symptom checklists were later excluded from late-onset ADHD diagnosis based on the identification of other causes of symptoms.

To evaluate the proportion of individuals reporting true cases of late-onset ADHD and to determine the causes of late-onset ADHD-like symptoms, researchers studied data from 239 children without ADHD at baseline (mean age 9.89 years) who were recruited as normative comparators (Multimodal Treatment Study of Attention Deficit and Hyperactivity Disorder; Clinicaltrials.gov identifier: NCT00000388). ADHD symptoms, impairment, substance use, and mental disorders were assessed at 8 time points in young adulthood (mean age at last assessment 24.4 years) with parent, teacher, and self-reports.

A total of 1.3% of adolescents and 0.8% of adults in the study showed evidence of late-onset ADHD according to all criteria.

Of the 21 participants who met Diagnostic and Statistical Manual of Mental Disorders (DSM)-V symptoms and impairment criteria for ADHD during adolescence, 3 had marijuana use disorders and 5 had a history of preexisting or concurrent mental disorders that better accounted for ADHD symptoms based on clinical panel review. Of the 13 participants with late-onset ADHD not accounted for by other disorders, 6 had symptoms that were present in more than 1 setting, based on teacher and self-reports.

In adult assessments, a total of 24 participants (10%) met DSM-V symptom and impairment criteria for ADHD and had symptom onset in adolescence or adulthood. Of those participants, 14 were excluded from late-onset ADHD diagnosis because of heavy substance abuse, 5 because of symptoms of another mental health disorder, 2 because of lack of data in adulthood, and 1 as a result of a lack of cross-situational symptoms.

The study authors acknowledged that some individuals have late-onset ADHD, but “the most common source of impairing late-onset ADHD symptoms in adolescence and young adulthood was substance use.” The authors concluded that, “prior to diagnosing or treating ADHD in late-onset cases, clinicians should carefully assess and treat substance use and comorbid mental health disorders as a potential source of symptoms.” 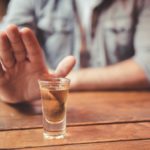