Published in the American Journal of Psychiatry, study data suggest that prazosin may be effective as harm-reduction treatment for individuals with alcohol use disorder.

Researchers designed a 12-week, double-blind, randomized controlled trial for patients with alcohol use disorder and without posttraumatic stress disorder. Participants (n=92) were randomly assigned to receive either prazosin or placebo at target doses of 4 mg in the morning, 4 mg in the afternoon, and 8 mg at bedtime after a 2-week titration period. Participants supplied daily reports for alcohol consumption. Generalized linear mixed-effect modeling was used to assess the effect of prazosin compared with placebo on alcohol consumption.

Disclosures: Dr Saxon is a section editor for UpToDate and has received research support from Medicasafe. Dr Raskind has served on advisory panels for Merck and Takeda. The other authors report no financial relationships with commercial interests. 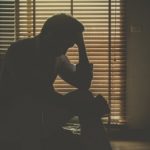 Depression May Partially Mediate the Relationship Between PTSD and Opioid Misuse