A recent study may have important implications as to why some people who try drugs become trapped in a cycle of addiction, recovery, and relapse. Using rats trained to self-administer cocaine, researchers from the University of Michigan’s Molecular and Behavioral Neuroscience Institute (MBNI) identified genetic and epigenetic factors that appeared to regulate the propensity for addiction. “Our work highlights that individual differences in vulnerability to addiction exist—something that, from my perspective, is important yet often ignored,” said lead author Shelly Flagel, PhD, in an interview with Psychiatric Advisor.

The MBNI researchers used 2 rat models selectively bred in the laboratory of senior author Huda Akil, PhD, to enhance certain behavioral traits over generations. Rats from the addiction-prone high-responder (HR) line are impulsive, aggressive, and eager to explore. In contrast, rats from the low-responder (LR) line are timid, find new situations stressful, and are reluctant to explore. All the rats were trained to stick their noses into a port whenever a “house light” came on above the port, where they could self-deliver an infusion of cocaine if a second “cue light” inside the port was illuminated. The study was controlled to ensure all rats received the same amount of cocaine during the sessions.

The researchers compared brain tissue between HR and LR rats at baseline and at the end of the study. “We identified some key molecules—D2 and FGF2—in a particular brain region that appear to play a role in either protecting an individual from addiction or rendering them more susceptible to addiction,” Dr Flagel said. At baseline, HR rats had lower levels of dopamine D2 receptor than LR rats and elevated levels of an epigenetic marker (H3K9me3) that inhibited expression of the D2 receptor gene; however, these phenotypic differences diminished after prolonged cocaine exposure. Meanwhile, at baseline and after exposure, the LR rats had a lower level of FGF2 and of an epigenetic marker that promotes recognition of FGF2.

“The epigenetic regulation of D2 and FGF2 may be particularly important in addiction liability and relapse,” Dr Flagel said. “This work could lead to the development of biomarkers that might help us identify individuals who may be at risk of developing addiction or those at a particularly high risk of relapse,” she noted.

Dr Akil told Psychiatric Advisor that one of the study’s most important lessons is that “individual differences in susceptibility to addiction exist and are important in terms of thinking about the factors that might lead to substance abuse.” In contrast to the team’s earlier finding that genetic factors predispose anxious rats to seek out drugs in response to stress, the current study showed novelty-seeking rats were genetically predisposed to drug-seeking behavior even when stress was absent. “Thus, there are multiple paths to vulnerability, and it is likely that these different paths will require different treatment strategies,” Dr Akil said. “We are a bit far from using these data to identify potential targets for therapeutic intervention, but it is a step in the right direction,” she added. 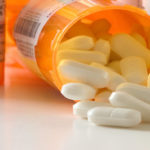