Opioid overdoses in the United States have been increasing more quickly among women. Although additional research into gender and ethnic differences among individuals with opioid use disorder (OUD) is needed, a systemic approach which includes treatment of psychiatric disorders and symptoms of pain will be required for addressing the opioid epidemic. These findings, from a nonsystematic literature review, were published in Psychiatric Research and Clinical Practice.

Opioid-involved drug overdoses (per 100,000) in 2017 were highest among non-Hispanic Whites (27.5), followed by American Indians or Alaska Natives (25.7), Blacks (20.6), Hispanics (10.6), and Asian/Pacific Islander (3.5). When restricted to only prescription opioids, the rate of opioid-related deaths was highest among American Indians or Alaska Natives. These results indicate that the opioid epidemic has affected Americans of diverse ethnicities differently.

During opioid-related hospitalizations, 56.5% of the time a co-occurring mental disorder was recorded, which was more than twice the rate for non-opioid-related hospitalizations. The prevalence of co-occurring mental disorders was observed more commonly among White women (59.1%) compared with other ethnic groups (range, 46.4%-52.0%).

Despite the evidence of gender and ethnic differences among opioid users and significant gender biases for lifetime diagnoses of major depressive disorder, posttraumatic stress disorder, and chronic pain, all of which are more common among women, the front-line treatment for OUD has no targeted component for ethnicity or gender, except for the case of perinatal OUD.

Standard treatment for perinatal OUD is comprehensive and includes pharmacotherapy and interventions for comorbid trauma, mental health, and social needs.

The authors of this review asserted that although effective treatments for OUD are available, fewer than a quarter of individuals with OUD are treated every year, and by failing to treat co-occurring pain or mental disorders, individuals with OUD may be at an increased risk for ongoing opioid use with the goal of offsetting co-occurring symptoms. Few studies have focused on co-occurring psychiatric and pain-related disorders, necessitating future research especially at the intersection of gender and ethnicity.

For the United States to end its opioid epidemic, unique and innovative interventions will be needed which address the amalgamation of co-occurring issues which have contributed to the on-going use of opioids by Americans. 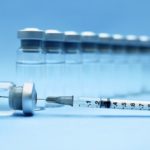