“We’re ensuring that federal agencies train federal healthcare providers who prescribe opioids; it’s a commonsense idea that you’re already implementing here in West Virginia,” said Obama. “Congress should follow that lead and make this a national priority, and we look forward to working with governors and the medical community as well.” The president was visiting West Virginia because the state has the country’s highest rate of overdose deaths in the nation.

“There is evidence that shows medication-assisted treatment, if done properly in combination with behavioral therapy and other support counseling, and 12-step programs … can work,” he continued. “It can be an effective strategy to support recovery. We’re going to identify barriers that still exist that keep us from creating more of these treatment facilities and incorporating them into our federal programs.” 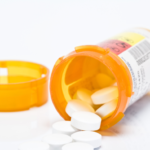