Comorbid opioid use disorder (OUD) and alcohol use disorder (AUD) are known to interfere with medication adherence and to be associated with increased morbidity and mortality.1,2

AUD, the fourth leading cause of preventable death, contributes to 88,000 fatalities annually in the United States.2 OUD accounts for 49,000 deaths annually in the United States.3 Both alcohol and opioids have central nervous system depressant effects, so that comorbid AUD and OUD have a greater chance of inducing respiratory depression and overdose than either disorder alone.2

“While they have considerable overlap and some behavioral interventions that can be used for both, they also have unique features and the treatment and recovery trajectories can be different,” said Andrew J. Saxon, MD, professor and director of the Addiction Psychiatry Residency Program at the University of Washington School of Medicine in Seattle. “AUD can be successfully treated without medication in many cases. OUD absolutely requires medications.”

Much of the evidence surrounding AUD treatment stems from the COMBINE study, in which 1383 newly abstinent patients (median age 44 years) were randomly assigned to receive naltrexone, acamprosate, placebo, or a combination of pharmacotherapy and psychosocial support, known as combined behavioral intervention.4 Patients who received naltrexone and combined behavioral intervention had the most positive outcomes, with 80% of participants remaining abstinent at the end of the 16-week trial.4 Patients who received placebo with medical management, a 9-week adherence intervention, were abstinent 75.1% of the time (P =.009).4

Despite the increased rate of OUD, resulting from increases in prescribing, stronger formulations, and prescriptions for longer durations (>3 months), research is lagging, particularly for comorbid AUD and OUD.2 The occurrence of one disorder often leads to abuse of other substances.2 For example, an electronic health record study of 5307 adult patients with OUD found that 23.4% of individuals also had AUD. For patients with chronic pain and comorbid OUD, the risk for AUD is 33.4%.2

“There is a perception that addiction only occurs in certain groups of people; however, both opioids and alcohol can be a problem across socioeconomic [and] ethnic groups and education levels,” said Katie Witkiewitz, PhD, psychology professor at the University of New Mexico, Albuquerque. “Another common misunderstanding is the assumption that addiction is present or absent; however, the symptoms of addiction occur on a continuum from mild to severe.”

To better characterize the population that participates in binge drinking, Kanny and colleagues examined data from the United States Behavioral Risk Factor Surveillance System in 2015.5 Although binge drinking was common in the 18- to 34-year cohort, most binge drinkers were found to be ≥25 years old.5 Although households with high vs lower incomes were found to be more likely to be binge drinkers, the intensity (number of drinks per episode) was greater in individuals in the lower socioeconomic households. Native Americans had the highest incidence of binge drinking among all ethnic and racial groups in the United States, followed by whites.5

“Binge drinking is the fundamental ‘building block’ of alcohol-related problems such as crashes, violence, and AUD itself,” explained co-author and internist Timothy S. Naimi, MD, MPH, professor at Boston University School of Medicine, Massachusetts. “What has changed is the recognition that binge drinking is an important risk factor that should be addressed by clinicians, similar to high blood pressure.”

Which to Treat First?

Four medications are approved by the US Food and Drug Administration (FDA) for the treatment of AUD, but fewer than 15% of patients with AUD are estimated to receive medication and most AUD is managed with behavioral interventions.2 Recent evidence indicates that naltrexone may be effective for both AUD and OUD.2

“It is important for all clinicians when treating a patient with substance use problems to ask about use of all substances,” advised Dr Saxon. “All use of substances must be addressed in treatment. In the case of co-occurring AUD and OUD, the first step is to stabilize the patient’s OUD with 1 of the 3 FDA-approved medications: methadone, buprenorphine, or naltrexone.”

In one of the few studies that examined the efficacy of pharmacologic and psychosocial intervention in patients with AUD and/or OUD (n=377), those who received buprenorphine/naloxone or extended-release naltrexone with 6 sessions of psychotherapy reported abstinence rates of 39% at 6 months compared with 16.8% of patients who received only medication.6

A poorly recognized polysubstance abuse issue is the use of concomitant nonmedical prescription sedative/tranquilizer use (eg, benzodiazepines) with alcohol or opioids.7 In a study of the National Survey on Drug Use and Health, patients with AUD-only were found to have a 27% lifetime risk for sedative/tranquilizer plus alcohol or opioid use compared with 69.5% of individuals with OUD-only.7

“Women are prescribed sedative medications, such as benzodiazepines, at much higher rates than men and are more likely to be diagnosed with anxiety disorders,” said study lead author Victoria Votaw from the department of psychology at the University of New Mexico in Albuquerque. “Our findings underscore the importance of screening for benzodiazepine misuse in both women and men with substance use disorders.” 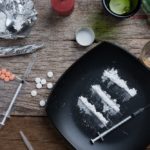 Pain, Depression, and Opioid Misuse May Be Associated With Drug Overdoses