A more relaxed version of a Massachusetts law has made it easier for physicians and police officers in the state to order temporary involuntary commitment of individuals who pose a risk to themselves or others as a result of substance use. During a pilot program to test the revised law, the state saw a dramatic increase in petitions, according to authors of a cohort study published in JAMA Psychiatry.

The investigators analyzed petitions before and after the change, comparing public court records of all petitions filed between 2016 and 2018 under section 35 of chapter 123 of the Massachusetts General Law (commonly known as Section 35, enacted in 1986) to allow for temporary involuntary commitment of individuals who posed a risk to themselves or others secondary to substance use. In May 2017, the West Roxbury Division of the Boston Municipal Court initiated a pilot program to remove the requirement of multiple in-person court appearances by physicians and police as part of the Section 35 process, with faxed affidavits accepted instead.

Importantly, the researchers wrote, “The increase observed in the West Roxbury Court can be attributed to the number of petitions filed by physicians and police officers, which increased from 11 of 112 (9.8%) petitions filed in 2016 to 274 of 417 petitions in 2018 (65.7%).”

The percentage of individuals with comorbid mental health diagnoses, those who previously sought treatment for substance use disorder, and those hospitalized in the month before commitment exceeded 60%. In addition, the number of reportedly homeless individuals committed to substance use rehabilitation programs through the Section 35 program increased from 3 of 8 (37.5%) in 2016 to 84 of 138 (60.9%) in 2018.

The researchers, noting the increase in homelessness over the study period, concluded that the West Roxbury pilot program “extended treatment to individuals with fewer social supports,” adding that “[a]lthough this study is limited by lack of longitudinal follow-up and focuses on a single jurisdiction in Boston, Massachusetts, the findings suggest the need to further explore a multidisciplinary approach to caring for individuals with substance use disorders.” 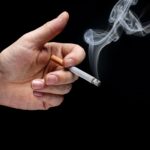