New research published in Molecular Psychiatry has identified a novel epigenetic mechanism that contributes to behaviors related to alcohol dependence.

Studies using animal models have found an important role for epigenetic processes in the modulation of alcohol-related behaviors and related alterations in gene expression. According to recent findings, for example, such changes were restored and increased alcohol intake was prevented when DNA methyltransferase and histone deacetylase (HDAC) were inhibited. Additionally, ethanol exposure has been linked with elevated histone acetylation in the amygdala, and alcohol withdrawal has been linked with reduced histone acetylation.

The current study, which was supported by the National Institute on Alcohol Abuse and Alcoholism (NIAAA), aimed to determine whether “histone-modifying enzymes control long-term gene expression changes that contribute to neuroadaptations and enduring alcohol-seeking behaviors in dependent animals,” according to the paper. Building on previous findings of their own and those of other researchers, the authors investigated whether the dysregulation of the histone methyltransferase PR domain containing 2, with ZNF domain (PRDM2), which monomethylates histone 3 at the lysine 9 residue (H3K9me1), in the dorsomedial prefrontal cortex (dmPFC) would influence such features of alcoholism in a rodent model.

The results reveal the following findings:

-Alcohol dependence was associated with a persistent reduction in Prdm2 in the dmPFC, while the nucleus accumbens was unaffected. The DNA methyltransferase inhibitor RG-108 restored the expression of Prdm2, indicating that alcohol-related downregulation of the enzyme could be mediated by DNA hypermethylation.

-Knockdown of Prdm2 in the dmPFC of non-dependent rats led to changes in gene expression similar to those observed in alcohol-dependent rats, as well as related behaviors such as alcohol seeking and aversion-resistant alcohol intake

Taken together, these findings indicate that Prdm2 contributes to key behaviors and long-term neuroadaptations associated with alcohol dependence. Though additional research is needed to further elucidate the enzyme’s precise role in gene expression, the results offer “a strong rationale to explore PRMD2 itself or some of its downstream targets as candidate targets for novel alcoholism medications,” wrote the authors. While such therapies could possibly “compensate for the neuroadaptive consequences of alcohol dependence, strategies that restore PRDM2 function might have a unique potential to reverse those changes, and promote a transition back to a pre-addicted state,” the authors concluded. 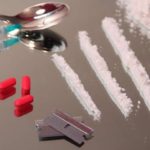