A global status report published in Addiction indicates that the mortality rate associated with substance use was highest in low and middle income countries, and that worldwide attributable disability-adjusted life years (DALYs) were highest for tobacco and alcohol use.

Global data on drug use, substance dependence, and substance-attributable mortality and disease burden were captured from reports from the World Health Organization, the United Nations Office on Crime and Drugs, and the Institute for Health Metrics and Evaluation. In 2015, the estimated prevalence in the adult population was 18.3% for heavy episodic alcohol use; 15.2% for daily tobacco smoking; and 3.8%, 0.77%, 0.37%, and 0.35% for past-year cannabis, amphetamine, opioid, and cocaine use, respectively. European regions had the highest prevalence of heavy alcohol and daily tobacco use, while high-income North America had the highest prevalence of cannabis, opioid, and cocaine dependence.

Alcohol and tobacco use alone were attributable to nearly 256 million DALYs, with illicit drugs further contributing to the disease burden associated with substance use. Geography was a predictive factor for certain patterns of substance abuse and subsequent risks. As such, researchers proposed that future projects investigate the “geographical and temporal trends in substance use and its disease burden” in order to fully elucidate and address global substance abuse trends. 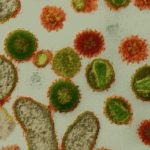