Investigators affiliated with Ruhr-University Bochum in Germany have recently reported that higher order cognitive abilities, such as social cognition and social problem solving skills, are significantly impaired in patients diagnosed with alcohol use disorder (AUD) when compared to typical, healthy individuals without the diagnosis. Their results were published in the Journal of Clinical and Experimental Neuropsychology.

These findings are important, as, on average, almost 70% of substance use disorders (SUDs) involve alcohol only. An additional 14% of cases involve both alcohol and illicit drugs, whereas only 18% of all SUDs involve illicit drugs only.

The Centers for Disease Control and Prevention (CDC) rank alcohol-attributable mortality as the third leading cause of preventable death in the United States. As we have reported previously, genome-wide association studies (GWAS) in humans reveal a heritability of AUD of between 40% and 60%.

Descriptive data for the patients diagnosed with AUD show an average of 9.38 years (SD=9.30) in duration for alcohol dependence. Individuals diagnosed with AUD scored significantly higher [16.19 (SD=9.82)] compared with control subjects [2.66 (SD=2.61)] on the Beck Depression Inventory (BDI) scale. It is well known that patients diagnosed with major depressive disorder (MDD) present with impairments in various cognitive domains, including executive function, attention, memory, and psychomotor speed; and, these impairments can be long lasting, even after recovery and symptom reduction. Therefore, researchers excluded the patients with AUD whose BDI score exceeded 28, which may indicate severe depressive symptoms. Also, the control participants smoked significantly fewer cigarettes per day [6.23 (SD=9.27)] compared with patients with AUD [20.81 (SD=14.02)].

Investigators used tests designed to “gauge the ability to infer the mental state of story characters in complicated interpersonal situations, the capacity to select the best problem solving strategy among other less optimal alternatives, and the ability to freely generate appropriate strategies to handle difficult interpersonal conflicts,” they wrote in their publication. More specifically, these standardized tasks were used to assess executive function, attention, trait empathy (the Interpersonal Reactivity Index), and memory.

Results indicate that patients with AUD show significant impairments in social problem resolution task. “The quality of the freely generated best solutions in response to the presented social scenarios,” was lower in participants with AUD, and they “generated significantly fewer optimal solutions.” Optimal solutions were operationalized as solutions that were both socially sensitive and practically effective at the same time. Additionally, with regard to the physical event scenarios, as well as the human action scenarios, patients with AUD performed significantly poorer at selecting the best alternative out of a range of alternatives, compared with control participants.

“In general, based on our findings, we may conclude that assessment of the pattern of altered social problem solving skills could aid and inform treatment of AUD,” investigators concluded. 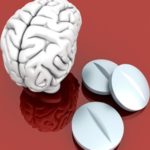