Researchers from New York University and the University of Pittsburgh have found that in a large, community-based sample, long-term simultaneous use of alcohol, cigarettes, and marijuana was associated with psychiatric disorders in adulthood, including Antisocial Personality Disorder (ASPD), Major Depressive Episode (MDE), and Generalized Anxiety Disorder (GAD). The findings were published in the Journal of Developmental & Behavioral Pediatrics.

There have been numerous studies previously conducted on substance use and psychopathology, but researchers identified a gap in the research.

“A better understanding of distinct patterns of comorbid substance use may be more practically relevant to prevention and treatment programming than focusing on the use of an individual substance [such as] marijuana,” wrote Judith S. Brook, EdD, from the New York University School of Medicine and colleagues.

The authors also noted that researching this area may show that there is value in addressing comorbid substance use in community populations or in clinical populations who haven’t yet been identified as having SUDs, and of examining how lasting substance use may affect individuals during adulthood.

To address these gaps in the research to date, the researchers recruited a random, community-based sample (n = 973 at baseline) with a mean age of 36.6 ± 2.8 years from the Children and Adults in the Community Study, an ongoing study of substance use and psychiatric disorders.

The researchers found 5 categories of substance users and their trajectories:

“The fact that membership in the HHH group (chronic smoking, drinking, and marijuana use) was associated with such strong odds for the development of psychopathology suggests that it would be valuable to target these individuals in prevention and treatment programming.

This is notable especially because these were individuals recruited in the community who had not necessarily been identified previously as having SUDs,” the authors wrote. “Especially considering budgetary concerns facing many community-based prevention organizations, it is valuable to know that focusing on this particular group may represent an optimization of resources.”

The researchers also noted that those in the delayed/late-starting group (DDD) had a much lower risk of developing psychopathology compared with the chronic use group (HHH). “This highlights the importance of taking into account trajectories over time instead of simple point estimates of substance use… It would be valuable for future research to address more deeply what it is about delaying substance use that may provide a protective benefit with regard to psychopathology in adulthood.”

The researchers also recommended assessing opioids in this way in future studies.

Researchers have found that in a large, community-based sample, long-term simultaneous use of alcohol, cigarettes, and marijuana was associated with psychiatric disorders in adulthood, such as Antisocial Personality Disorder (ASPD), Major Depressive Episode (MDE), and Generalized Anxiety Disorder (GAD).

“Findings suggest that individuals presenting with substance use should be screened for the use of other substances, and assessed for psychiatric disorders in adulthood,” the authors wrote. “Additionally, results suggest that clinicians [should] diagnose and adapt treatment to the full scope of problems which may affect adults presenting with either substance use, ASPD, MDE, or GAD.

The authors declare no conflicts of interest. 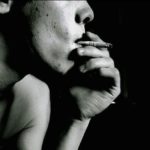