Researchers at The University of Texas at Austin have successfully stopped cocaine and alcohol addiction in experiments using a drug already approved by the U.S. Food and Drug Administration (FDA) to treat high blood pressure. If the treatment is proven effective in humans, it would be the first of its kind —one that could help prevent relapses by erasing the unconscious memories that underlie addiction.

The research is published this week in the journal Molecular Psychiatry.

Scientists once believed that drug addiction was simply a physical craving: Drug addicts who became sober and then later relapsed merely lacked willpower. But that view has gradually shifted since the 1970s.

Addiction Alcohol-Use Disorder Substance Use
Next post in Addiction 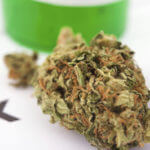