Despite previous researchers’ concerns that the DSM-5 criteria changes would significantly increase, decrease or otherwise alter the incidence of alcohol use disorder cases, that doesn’t appear to have happened in this population of individuals with anxiety or depressive disorders, reported Francesco Bartoli, MD, PhD, of the University of Milano-Bicocca in Italy and his colleagues.

Among the changes made to the DSM-5 for alcohol-related disorders was collapsing the criteria for abuse and dependence into a single diagnostic category. At least two of the criteria in that category must be met for a diagnosis, and a criterion of craving, “the strong desire or urge to use alcohol,” replaced the criterion of having alcohol-related legal problems. Additionally, the DSM-5 uses a severity grade (mild, moderate, severe) to describe the disorder based on how many criteria are met.

“All individuals with a diagnosis of DSM-IV alcohol dependence, but only a portion of those with DSM-IV alcohol abuse, thus reach the DSM-5 diagnostic threshold for alcohol use disorder,” the investigators wrote. “On the other hand, a portion of so-called DSM-IV ‘diagnostic orphans,’ ie, people meeting one or two criteria for alcohol dependence, but none for alcohol abuse, are diagnosed with alcohol use disorder according to DSM-5 criteria.”

To test the potential epidemiological variation, the researchers assessed 327 adults, average age 45 years, who had been diagnosed with a depressive or anxiety disorder and were admitted to an outpatient clinic during 2015. Assessment relied on the Mini-International Neuropsychiatric Interview (MINI) — alcohol module along with an item developed from the Composite International Diagnostic Interview (CIDI) that evaluated a person’s “strong desire and urge to drink alcohol.”

Only slight differences occurred among subgroups: 1.1% of patients with anxiety disorders were diagnosed using the DSM-IV but not the DSM-5, and an additional 1.8% of tobacco smokers qualified for the disorder under the DSM-5. Further, 89.2% of patients with DSM-IV alcohol use disorder also met the criteria for the disorder under the DSM-5, and only 0.4% diagnosed using the DSM-5 did not meet the DSM-IV criteria. Excellent overall agreement existed between the 2 sets of criteria, the investigators reported. 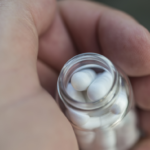