Results from a Swedish cohort study published in the American Journal of Psychiatry identified alcohol use disorder (AUD) as a significant risk factor for suicide, even after adjustment for psychiatric comorbidities. The prevalence of suicide was up to 12-fold greater in patients with AUD compared with controls.

The study represents the largest longitudinal investigation of AUD and suicide to date. The investigators examined data on all native Swedish citizens born between 1950 and 1970, with follow-up beginning at age 15 years and ending at death, emigration from Sweden, loss to follow-up, or in 2012. The primary outcome was death by suicide, and the exposure of interest was AUD diagnosis.

The investigators relied on Swedish medical, criminal, and pharmacy registries to ascertain outcomes and exposures and assess sociodemographic and clinical factors. They used Cox proportional hazards models to test the association between AUD and suicide. Correlative analyses were conducted using data from same-sex cousins, half-siblings, and full-siblings born within 10 years of each other. Pairs of relatives with discordant exposure status were assessed for outcome.

Risk for suicide generally increased with the introduction of comorbidities, including substance use disorders, affective disorders, psychotic disorders, and anxiety or phobia disorders. Adjustment for these comorbidities attenuated but did not eliminate the effect of AUD on suicide risk. Correlative analyses suggested that familial factors contribute to the association between AUD and suicide. However, AUD remained a predictor of suicide independent of familial confounding.

The study investigators emphasized the necessity of psychiatric care for patients with AUD, particularly in the early years following diagnosis.

As study limitations, the investigators noted that registry-level data lacked granularity, and AUD severity and environmental exposures could not be ascertained.

“These findings underscore the nuanced role of AUD in suicide risk and have implications for efforts aimed at reducing suicide and characterizing risk potential as a function of coexisting conditions,” the investigators wrote. 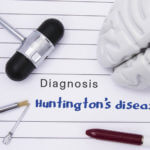