The introduction of a rideshare service significantly reduced alcohol-associated motor vehicle crashes and impaired driving convictions in the Houston metropolitan area. These findings, from a multicenter cohort study, were published in JAMA Surgery.

Data from the Ben Taub General Hospital and Memorial Hermann Hospital-Texas Medical Center were assessed for alcohol-related motor vehicle traumas from 2007 to 2019. Statistics about impaired driving during the study period were obtained by a Texas Public Information Act. Rideshare data were obtained from Uber after 2014.

During the study period, 248,485 individuals were arrested for suspicion of driving while intoxicated. Trends of impaired driving convictions remained unchanged prior to Uber (mean, 22.5 per day). After 2014, convictions for impaired driving decreased to an average of 19.0 per day. Stratified by day, convictions decreased by 17.7% on Friday, 14.7% on Saturday, and 1.0% on Sunday. Stratified by location, during the pre-Uber period arrests were most frequent in the city center and during the post-Uber period, they occurred outside the city center.

This study was limited by sourcing data from only 2 of the trauma centers in the city. These findings may not be generalizable to other regions.

These data indicated the deployment of a rideshare service in a major metropolitan area decreased alcohol-related motor vehicle crashes and impaired driving convictions. 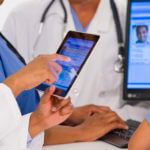