Adults with later peak prescription drug misuse (PDM) trajectories have a higher risk of substance use disorder (SUD) symptoms in middle adulthood, according to new research from JAMA Network Open.

Researchers included 11 cohorts (n=26,575 50.8% women 79.3% White) of high school seniors who were surveyed about past-year PDM in the Monitoring the Future (MTF) study. Participants were followed up from baseline until they were 50 year of age (53% retention rate). The researchers utilized latent profile analysis (LPA) to create PDM trajectories.

The researchers estimated 45.7% reported past-year PDM at least once by participants aged 50 years. They found that 40.3% of individuals who reported PDM reported using more than 1 prescription drug class in the same wave.

Past-year PDM for prescription drug classes often peaked when individuals were in their mid-20s or aged at least 35 years, and those peaks had greater PDM frequency compared with peaks at age 18 years. Prescription stimulant misuse frequently peaked around ages 40, 45, and 50 years.

After they controlled for baseline drug use covariates and year of survey collection, the researchers found that PDM trajectories were more likely to include at least 2 of the following symptoms compared with no PDM trajectory: alcohol use disorder (AUD), cannabis use disorder (CUD), and other drug use disorder (ODUD).

High-risk trajectory was linked with higher odds of at least 2 SUD symptoms from age 35.

Cigarette use (AOR 2.30), binge drinking (AOR 1.69), and marijuana use (AOR 3.78) were associated with PDM trajectory participation. Black individuals were at a less likely risk to be in a PDM trajectory.

Less than 3% of the sample were involved in later peak trajectories, the researchers said. Those individuals had a higher risk of SUD in middle adulthood compared with trajectories with earlier peaks.

Limitations of the study include that not all DSM-5 SUD criteria were included and that LPA is sensitive to misclassification.

“Individuals in later peak PDM trajectories were more common in recent cohorts than in past cohorts, suggesting the middle adulthood peaks are now more of a public health concern,” the researchers said.

The investigators recommended psychiatrists account for age at PDM and frequency of misuse when assessing the risk for SUD but also view PDM, regardless of age, as a sign of SUD. 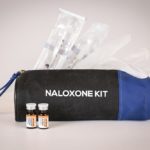 How Much Naloxone Does Each US State Need to Combat Opioid Epidemics?