Sport psychiatry “focuses on diagnosis and treatment of psychiatric illness in athletes, in addition to utilization of psychological approaches to enhance performance.”1

“Sport psychiatry, as a formal discipline, is relatively new,” according to Daniel Begel, MD, a psychiatrist in private practice in Santa Monica, California, whose 1992 paper, published in The American Journal of Psychiatry,2 launched the subspecialty of sport psychiatry. In 1994, Dr Begel founded the International Society for Sport Psychiatry to “facilitate scientific communication about, and understanding of, disorders of the brain and behavior associated with sport, and to advance their prevention and treatment.”1 Today, there is a “growing body of sport psychiatrists intent on filling a previous unmet need.”3

For serious athletes, “sports is not merely a hobby,” and seeking mental health help is often stigmatized, said Dr Begel, who had played football in college. Because relatively few athletes seek help, there is an erroneous perception of low prevalence of mental illness in athletes.1 Therefore, it is important for psychiatrists to “examine their preconceptions” before treating an athlete.

Sport psychiatry differs from sport psychology in that “we focus not only on performance enhancement but also on psychopathology, including major depression, anxiety, bipolar disorder, social phobia, substance abuse, and eating disorders,” said Antonia Baum, MD, of the Department of Psychiatry, George Washington University Medical Center, who herself had been a field hockey player in college. “Although the chief complaint may be a performance problem, scratching under the surface may reveal a psychiatric issue.”

In addition, psychiatrists can also prescribe medications when necessary, explained Dr Begel. “But in general, we tend to see things more clinically and to look at the whole person, including the athlete’s development through the life cycle.”

Anxiety disorder should not be confused with normal state anxiety (ie, becoming “appropriately anxious before competition”).1 “All of a sudden,” Dr Begel elaborated, “the athlete cannot dismount from the balance beam or kick a field goal.” The resulting “deep shame” can intensify anxiety, impair future athletic performance, and “potentially disrupt family relationships or friendships, leading to extreme despondency or even suicide.”

Major depressive disorder (MDD) and bipolar disorder appear to present with the same prevalence in athletes as in the general population.1 In athletes, precipitants of MDD may include overtraining (OT), injury, competitive failure, aging, and retirement from sport.1 It can be difficult to distinguish OT from primary MDD, since both include fatigue, insomnia, appetite changes, weight loss, amotivationalism, and diminished concentration.4

Eating disorders are estimated to affect as many as 60% of female athletes and are primarily associated with long-distance running, gymnastics, and figure skating.5 Studies have shown a high percentage of weight control behavior (eg, use of laxatives, diuretics, diet pills, or fasting) in a significant number of both male and female athletes.1

Working with athletes who have eating disorders differs from treating eating disorders in the general population, Dr Baum warned. Certain sports require low body weight, such as figure skating, swimming, or long-distance running.  Engaging the athlete in treatment may require a different “hook.” She recounted a story of a patient with an eating disorder who had been a runner. “The treatment team wanted to curtail her exercise, but her identity was that of an athlete and runner, so we said, ‘you have to fuel your body if you want to train’.”

Body dysmorphic disorder is similarly common in sports that emphasize appearance, such as figure skating. One technique Dr Baum suggested is to encourage the athlete to switch to a sport that is more fitting to his or her body type. “For example, I worked with a figure skater with an eating disorder and encouraged her to become engaged in speed skating instead,” she reported.

Substance abuse disorders may be perpetuated by sports participation itself (eg, stimulant and anabolic steroid use).1 Alcohol is the most frequently abused substance, followed by cannabis and smokeless tobacco.1 Chewing tobacco is often used among professional athletes for relaxation, improved concentration, boredom, increased energy, the need to have something in one’s mouth, pleasure, and performance enhancement.1

Sport-related TBI, often called a “silent epidemic” because it is so frequently underreported, is estimated at 1.6 to 3.8 million in the United States alone.6,7 While most sport-related TBIs occur in contact-collision and high-velocity sports, participation in any sport carries the risk of incurring a brain injury.6 The terms “concussion” and “mild TBI” are often used interchangeably. In mild TBI, however, the patient might remain alert throughout the injury but nevertheless be harboring a life-threatening intracranial lesion. In concussion, the injury transiently interrupts brain connectivity but is not necessarily associated with acute findings on CT.8 Both have significant neurobehavioral sequelae (ie, postconcussive symptoms) that may include somatic, cognitive, and/or psychiatric features (eg, depression, posttraumatic stress disorder [PTSD], anxiety, irritability, and impulsivity).1,8 Beyond imaging studies, neuropsychological testing can be helpful in assessing subtle cognitive impairments.9

TBI can exacerbate other psychiatric conditions, said Dr Baum. For example, youngsters with attention deficit are more prone to accidents and injuries and, in turn, take longer to heal from TBI. Psychiatrists play an important role not only in treating patients but also in assisting with education of athletes, parents, coaches, official, school administrators, and healthcare providers on the risks associated with TBI.9

Performance-enhancing drugs are “ubiquitous in sports,” with an estimated use between 5% and 31%.10 These substances, which pose a serious threat to the health and wellbeing of athletes, include anabolic-androgenic steroids, human growth hormone, creatine, erythropoietin and blood doping, amphetamines and stimulants, and beta-hydroxy-beta-methylbutyrate.10

Choosing pharmacologic interventions for athletes has unique considerations, said Dr Begel. “Side effects that may be relatively minor in a non-athlete may be debilitating for the athlete because of potential performance impairment.”

“For example, a dopamine regulator may help a baseball player with psychotic illness to remain composed, but it may also reduce visual tracking speed, making it harder to see and hit a baseball,” he said. “Some anti-anxiety medications can lengthen reaction time. Medications that alter cardiac output can impair endurance.” Lithium may induce tremor and antipsychotics can cause weight gain, Dr Baum added.

Additionally, certain prescription medications, such as stimulants, can be on the list of substances banned by anti-doping agencies, Dr Baum noted. “It is important for psychiatrists to be familiar with these regulations, to determine whether the patient has a legitimate diagnosis such as ADHD, whether and when the medication is indicated, and to advocate on behalf of the patient if necessary.” Indeed, sport psychiatrists have “played an important leadership role in evolving and clarifying the role of therapeutic use exemptions for treatment of psychiatric illnesses when the desired treatment is on the World Anti-Doping Agency list of banned substances in sport.”3

The development of the psyche of an athlete typically begins in childhood and evolves through the life cycle, Dr Begel said. “A major need for sport psychiatry is in youth athletics, when character is being formed.”

Team dynamics can be similar to family dynamics, Dr Baum added, and working with difficulties between coaches and athletes can also uncover interpersonal and individual issues that are either psychological or psychiatric in nature. For example, the athlete may regard the coach as a surrogate parent. Especially in individual sports, the athlete-coach relationship may be “among the most intimate in the lives of both parties.”2

Many areas of research and intervention lie ahead, said Dr Begel; in particular, in “the delivery of services to youth sports, increased qualitative research, and systematic study of coaches and coaching, a greatly understudied component of athletics.” 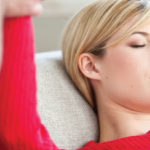 Clinical Hypnosis May Be Effective for Cancer Pain, IBS, Headaches